How neuroscience and yoga agree about happiness

How physical yoga sits within ‘yoga’ 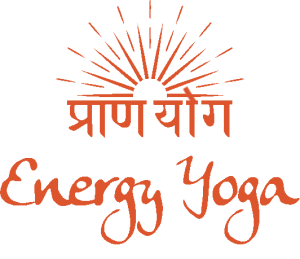 Yoga for happiness – Following our last post on how neuroscience and yoga agree about happiness, here’s some more science on yoga. Check out these results of a study showing a linear relationship between the amount of yoga practiced and psychological and physical well-being. More yoga=less problems.

When Nina Moliver decided to study the long-term health and wellness effects of yoga for her doctoral research in psychology, one of her professors offered some advice.

“The yoga world doesn’t need more testimonials,” the professor at Arizona’s Northcentral University told her. “The only way you’re going to communicate with the medical community is with numbers.”

Yoga science is a burgeoning discipline, with researchers probing yoga’s effects on everything from stress hormones to skin conditions. But how can a typical four- to six-week study capture the benefits of an ancient mind-body discipline that takes years, if not decades, to master? It can’t, Dr. Moliver concluded – so she decided to take a radically different approach that offers the first quantitative look at yoga’s long-term benefits. And the results of her study are promising for dedicated yoginis.

The “gold standard” in medical research is the randomized controlled trial, or RCT. Subjects are randomly assigned to receive either an experimental treatment or a placebo or sham treatment. Yoga fits uneasily into this model: It’s impossible to “blind” participants to which group they’re in, and imposing a standardized protocol runs counter to yoga’s ethic of individual progress.

But the more serious problem is practical. Prospective trials tend to last only a few weeks or months, which means conventional studies are “forever studying beginners,” says Dr. Moliver, who is now a research consultant in Boston. It’s simply not practical to randomly assign volunteers to a yoga practice and expect them to maintain it for a decade.

The alternative is observational studies. Dr. Moliver’s thesis, completed last year, surveyed 211 women who had been practising yoga for as long as 50 years, plus 182 matched controls. Her goal was to search for a “dose-response” relationship between cumulative yoga experience and positive psychological attitudes, perceptions of aging, medication usage and other traits, while using statistical analysis to eliminate confounding factors like age, education, body-mass index, other exercise and processed-food consumption.

“I wanted to see if there were linear relationships, where more yoga leads to more benefits,” she says. “Because the yoga masters make these claims, but nobody has ever tested them.”

Sure enough, the study found that levels of psychological and physical well-being among the study participants were proportional to how long and how often the women practised yoga – a greater dose produced a greater effect.

Interestingly, the most experienced yoginis weren’t necessarily happier or healthier than the happiest and healthiest non-yoginis, at least in the parameters Dr. Moliver was able to measure. “They didn’t find ‘enlightenment’ that others can’t reach,” she says. The biggest differences were at the other end of the scale, in the scarcity of unhealthy or unhappy long-time yoga practitioners.

Timothy McCall, a doctor and the author of Yoga as Medicine, cites studies investigating more conventional explanations for yoga’s powers, such as its influence on the body’s physiological response to stress, the connection between breathing and the autonomic nervous system, and the emerging evidence that the brain can rewire itself in response to techniques like meditation – “crucial components, though not the whole story, of yoga’s efficacy,” he points out.

Dr. Moliver’s research can’t settle this question, and it can’t conclusively untangle cause from effect. After all, it’s possible that happy people do yoga, rather than the other way around, or that the discipline necessary to maintain a yoga practice over many decades is the type of character trait that leads to a happy and healthy life, with or without yoga.

But such debates don’t undermine Dr. Moliver’s central finding. Whatever the reason, those who make a long-term commitment to yoga tend to be happier and healthier – and the benefits continue to accrue the longer you stick with it.

“There’s no plateau,” she says. “What the masters promised was true.”

What type of yoga is best?

The subjects in Nina Moliver’s study reported following more than a dozen different yogic traditions, including Kripalu, Hatha, Iyengar, Anusara and Kundalini. She found no significant differences between the followers of different traditions – in fact, she says, most people end up taking elements from several traditions to create a program that works for them. So what’s the “essence” of yoga that distinguishes it from, say, an aerobics class? For the purposes of her study, Dr. Moliver emphasized three elements:

Asana: These physical postures and patterns found in yoga are dominant in many Western practices

Awareness: Meditation and concentration on internal sensations differentiate yoga from most conventional forms of exercise.